Berlin's main railway station is located north of the Spree River in the Moabit district (Mitte constituency of Berlin). 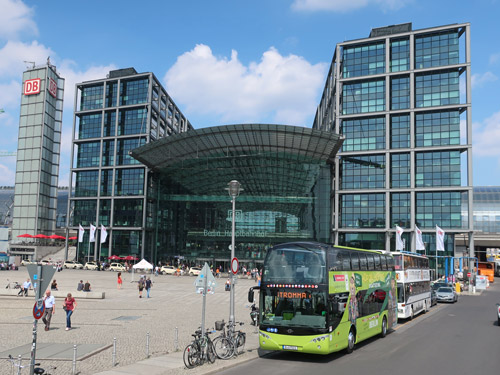 The connecting U-Bahn line is: U55.

Berlin Central Station was completed in 2006.  The station was formerly known as Lehrter Stadtbahnhof.