Tiergarten Park is Berlin's most beautiful park and one of world's largest urban parks. 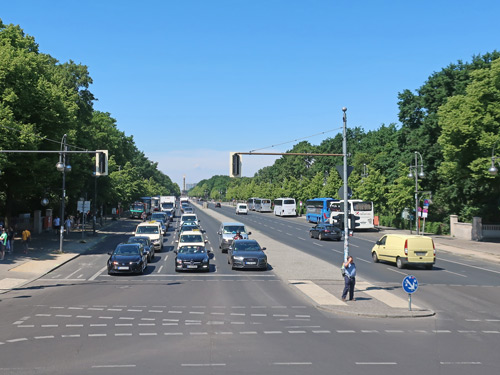 During World War II, Hitler called it the East-West Axis and used it as a triumphal avenue which he lined with Nazi flags.

The boulevard's current name commemorates the uprising that occurred in communist East Berlin on June 17th, 1953.