The Neue Synagogue & Centrum Judaicium (New Synagogue and Judaism Centre) is Berlin Germany's main Synagogue and cultural centre for the Jewish community.  The moorish style building was originally constructed in the mid 1800s.

On November 9th, 1938 (Kristallnacht), the Synagogue was set ablaze by the Nazis, however, the fire was extinguished.  The building was destroyed during bombing raids but was rebuilt after the collapse of the Berlin Wall. 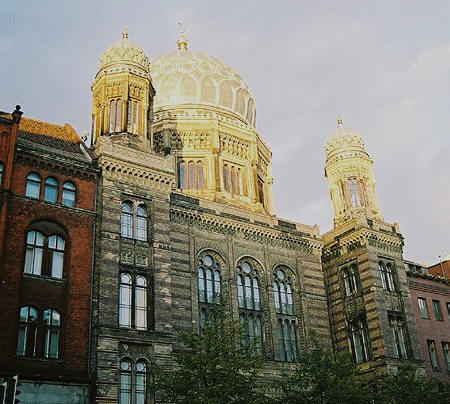 The Neue Synagogue is located on Oranienburger Strasse in Berlin Germany. The Centrium Judacium features exhibits on the history and architecture of the building.