Potsdamer Platz was the commercial and entertainment centre of Berlin Germany prior to World War II.  The area, however, was devastated during the war by bombing.

In 1961 when the Berlin Wall was erected, the wall passed directly through the centre of Potsdamer Platz.

An information display about the wall, together with a few remaining concrete slabs, can be seen at this historical Berlin location. 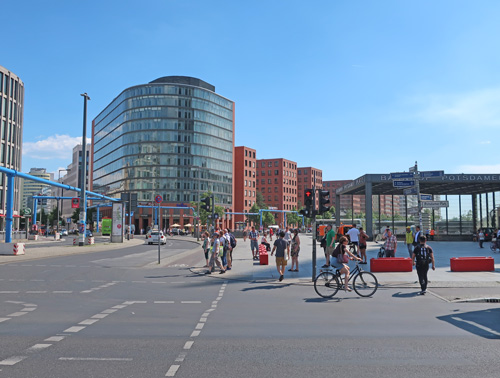 Potsdamer Platz has recently had a major facelift.  The three large development projects that were undertaken in this area the Daimler City, the Sony Centre and the Beisheim Center.

There are numerous hotels, cinemas, nightclubs and restaurants in this area of Berlin.