The Reichstag in Berlin Germany is the nation's Parliament and home to the Bundestag since 1999.  The building was originally built in 1894, however, the glass dome was added in recent years.

Visitors to Berlin can enjoy a wonderful view of the city from the dome. 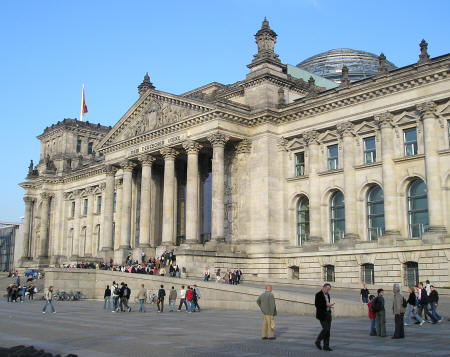 The Reichstag was the location of a pivotal event in world history.  On February 27th, 1933 a (mysterious) fire occurred at the Reichstag which Hitler blamed on the communists.  He then used the event as a rationale to seize power.

The Reichstag was badly bombed during the war but has now been fully restored.  In October of 1990, the reunification of Germany was proclaimed in this building.