The Olympic Stadium in Berlin Germany is one of the few remaining examples of Nazi era architecture.

When it was originally built in the mid 1930s, the sports stadium could seat 110,000 spectators. 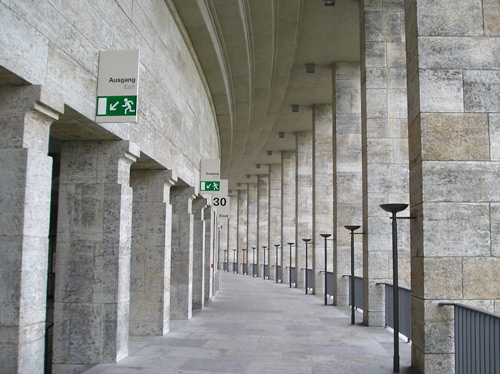 The highlight of the 1936 Olympic Games was the strong performance by US track and field athlete, Jesse Owens.

Owens, an African American, won four gold metals at the Olympics.  This huge victory obviously put a large dent into Hitler's theory that the Aryans were the super-race.