The residents of West Berlin attempted to maintain normal lives, even though their community was cut off from the rest of West Germany (Federal Republic of Germany).  Many supplies had to be flown in from the West. 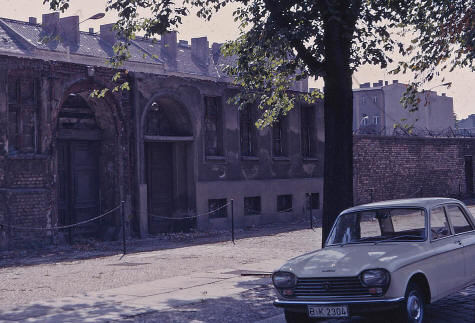 The West Berlin sidewalk, shown in this photograph, lied adjacent to the Berlin Wall.